To keep spirits up, we will post a beautiful photo each day - press the [Picture of the day] button above. The hills above the south end of Derwent Water give a spectacular view, with the river Derwent below our viewpoint weaving its way past the Lodore Falls Hotel and through the flood-plain to feed the lake. Do email your own photos, which must be appropriate for the purpose for consideration to info@fosmw.com - please use 'POTD' (Picture of the day) in the Subject. 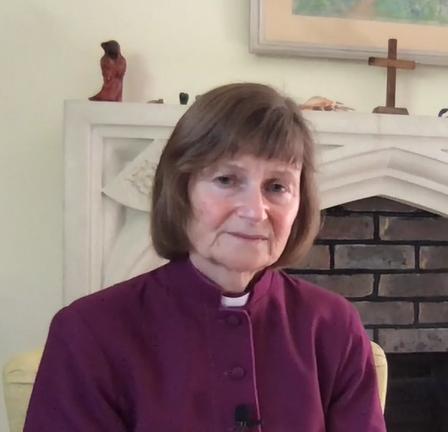 Bishop Olivia has posted a Sermon for Pentecost, which can be found HERE.

Do attend the 11am livestream Sunday service that takes place each week. (You can join it any time after 10:45am.) This week, it is Morning Prayer in the St Martin's tradition. Please also join us for a live stream Evening Prayer/Compline service via Zoom to be held every Thursday evening at 8.15 pm.

We have put brief appreciations of Joyce Underwood, Mary Haynes and Marian Hopkins, who have recently died. Please use the IN MEMORIAM button above or click HERE. 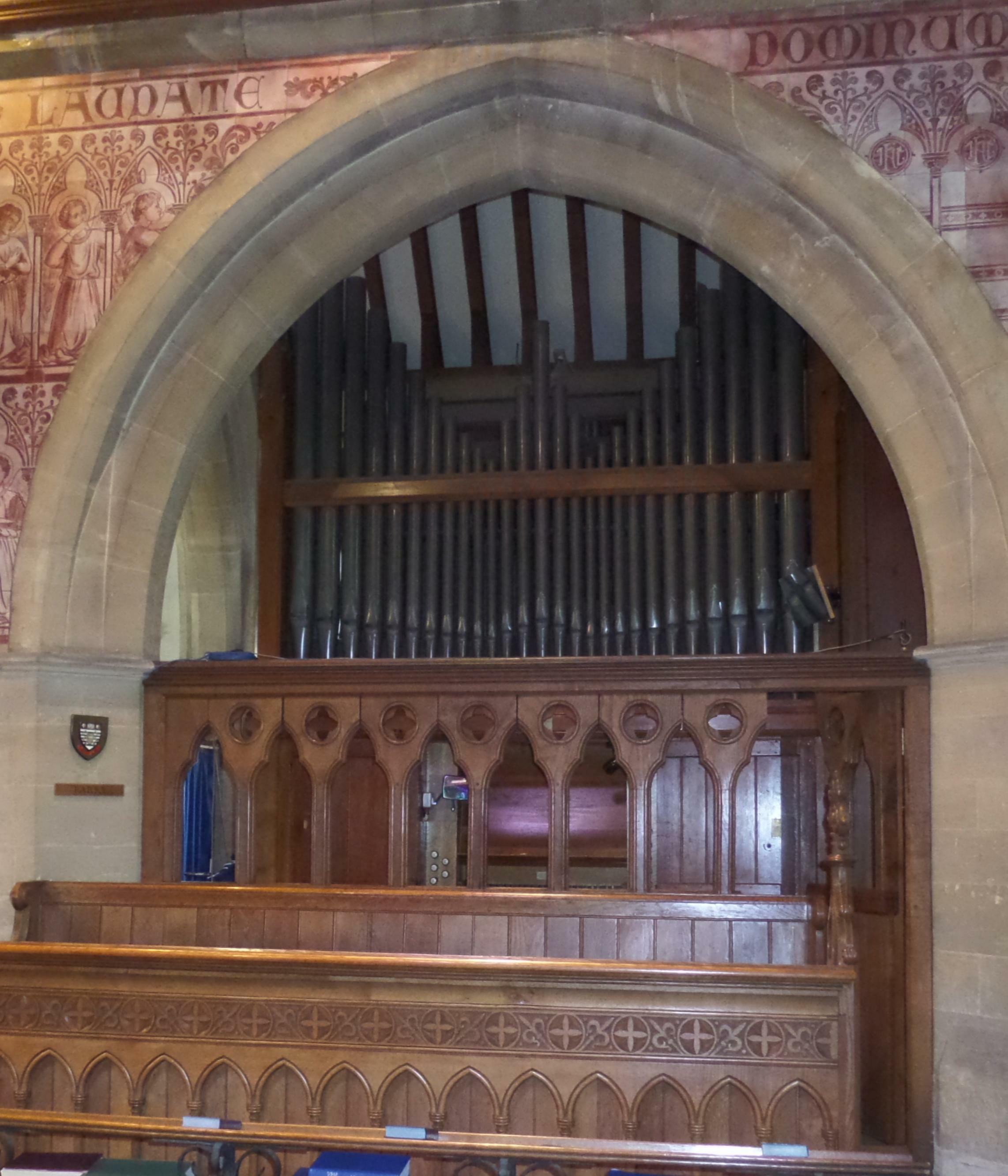 History of the instrument

St Mary's organ was originally built by Gray and Davison in c1820. A brass plaque says it was 'restored and improved by Foster Waite of Abingdon, through the generosity of friends and parishioners, and was rededicated in 1989.'

The instrument is a modest and rather old-fashioned two-manual instrument with pedalboard but it serves its principal use well and adequately fills the church with sound. It has about 800 pipes, ranging from tiny high-pitched ones to much deeper eight footers. (The visible pipework does actually work.) The pipes are grouped into 'ranks' or sets of pipes making the same kind of sound but at varying pitches. Our instrument has 17 ranks of pipes, switched on or off by 'stops' on either side of the two keyboards ('manuals').

Some stops have specialised names like 'Bourdon', 'Diapason' or 'Sesquialtera' while others imitate instrumental timbres, like 'Oboe' and 'Trumpet'. The blowing of each pipe in our organ is controlled, purely mechanically, by what is called a 'tracker action'. Mechanical systems of this kind have mostly been electro-pneumatic activation, but the directness of control from finger on the keyboard to the valve controlling air:flow to the pipe is a factor that is made use of even in some new pipe-organs.

Manuals and the pedalboard

The St Mary's organ has two manuals that are independently played (unless 'coupled'). One manual is called the 'Great' (and has louder stops with some soft ones) while the other, the 'Swell', is used for more special effects. For example, it can play at variable sound levels, under control of a foot-operated 'Swell pedal'. This is done by putting all the Swell pipes in a box; the sound is regulated by a mechanism like a Venetian blind, operated by the Swell pedal. The notes on the Great can also be made to activate the 'corresponding Swell pipes by a 'coupler' and the pedalboard notes can similarly be made to operate the corresponding Great or Swell notes by two other couplers. The pedalboard is just like the keyboard, except that it is operated by the organist's feet rather than his fingers. The need to coordinate all four limbs independently is one reason why playing the organ is so difficult. The pedals are often used to control the bass-line of a hymn or other piece of music, and the largest pipes in the instrument deepen the bass-line notes, as do double-basses in an orchestra.

The link between the keyboards and the pipes is via a delicate and complex arrangement of rods, levers, wires, ligatures and seals. These links must be free enough to play music fast without requiring great effort for the hands (and feet) but maintaining this delicacy of action is a challenge for tracker-action organs.

The St Mary's organ is a good example of a well-designed mechanical action, and is fairly light on the Great manual, but is much heavier on the Swell manual, and heavier still when operating the Great manual with the Swell coupled in. The selection of stops to play makes a particular sound or combination of sounds to a desired volume of loudness, and this is called 'registration'. An organist can select registration to suit a particular piece of music and can make further adjustments by changing keyboard, or by selecting or deselecting stops while playing. The St Mary's organ has three large pedals to make quick changes of registration, but this, though useful, is crude and not always reliable. Modern instruments (and upgraded older instruments) have programmable buttons called pistons to facilitate changes of registration. Our organ is capable of playing a large repertoire of organ works, but its limited stops, and difficulty of changing registration, do limit its expressiveness, particularly for 19th and 20th century music. Organists often use assistants to control the stops used.

Wear and need for maintenance

Over time, the internal mechanisms of a tracker organ are adversely affected by dirt, corrosion, breakage of wires, and stiffening of leather items such as seals. Predictably several unfortunate happenings can result. Quite often individual notes fail to play or complete ranks become inactive. Unwanted notes can sound continuously, the mechanism becomes stiff, air may leak noisily through faulty seals - and so on.

Over the years, and particularly in the last five years, it became clear that major renovation was necessary for the organ, which had last had major attention in 1997. This required substantial fundraising effort by the PCC. By the time renovation had started, more than £30,000 had been raised by the P, thanks to the generosity of many kind donors. In April 2017, the Friends of St Mary's Winkfield began a successful campaign based in the sponsorship of organ-pipes. This has raised another £8,500, and, with the aid of a grant by the Mercers' Company of the City of London (which has historic connections with St Mary's), renovation by Tarquin Wiggins was able to start in July 2018.

The renovation work was complete enough by the beginning of December 2018 to enable the organ to be used satisfactorily at the Music and Merriment concert on 1/12/2018, and the completion took place of the ensuing two months.

As a result of the renovation

Apart from the maintenance of the wires, levers and pulleys of the organ's mechanism, the organ has been enhanced in the following ways:-

Contact us by email at 'INFO' (info@fosmw.com)
CAFDonate to Friends Electrics appeal